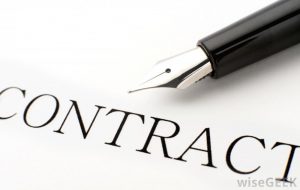 granted by Supreme Court of Appel on the 23 April 2020 as per Molemela AJ. In this case, Kruger Trust had entered into agreement termed lease agreement leasing its land to Middleground for mining and extraction of peak. Middleground did not have a mining permit or right to mine the peak. It used the contract of the predecessor lessee of the same land. The three parties, being the Kruger Trust, Middleground and the predecessor lessee were all aware of the arrangement for the peak mining. The terms for the lease were fardelled with confusion. In rental clause, it was agreed that Middleground will pay a rent of R15 000, 00 as prepayment for the mining of the peak and will be set off against the quantity of the peak. During the subsistence of the agreement, the department of Minerals issued a compliance notice to the three parties instructing them to cease mining peak. Middleground stopped mining peak and paying any rent to the trust.

The trust sued Middleground for rental payment. Its actions were dismissed and it eventually appealed the matter to the Supreme Court of Appeal. In appeal, it was held that the agreement of the parties had elements of a lease but it was not a lease agreement as such. The lease elements were precipitated and incidental by the need for Middleground to mine the peak. Another interesting finding was that the compliance notice issued by the department resulted in the impossibility to perform under the agreement. Thus the Middleground could not be blamed for the impossibility to perform as it was not its fault. The Trust’s appeal was dismissed with costs.

This case is the classical that drafters of contracts should take into account. From time to time, we are faced with clients who come to us with poorly drafted agreements, and others are cut and paste. It is then when it becomes apparent that legal assistance was not sought prior to entering into such agreements. Of pity is that by the time legal assistance is sought, it will be when a dispute has risen between the contracting parties and it has become very expensive, time consuming and depressing for enforcing the terms of the contract. It is advisable that in the event parties enter into contract, the following should be expressly stated or be clearly evident:-

In the event it is a lease agreement, the lease rental should be separated from other prepayments and it should be clearly stated as to what is the rental for and what will the prepayments be for.

The parties should set out the acts which will be deemed vis major within the contract. And where there is impossibility to perform, who of the parties should take steps in restoring performance.

Mahlokwane Attorneys invites parties intending to enter into contracts to use our services for drafting their agreements. Our fees are reasonable. Contact us for more information.